Barak is a wickedly perverted, poly, semi-het, sadistic quasi-Dom, who never takes himself too seriously. He has been presenting and formally teaching within the vanilla arena as a medical professional, safety officer and rights activist for over 18 years. He is currently exploring his blend of spirituality within his SM and is always planning, plotting and pontificating their future goals.

Sheba is a poly, bisexual, spoiled rotten slut. She enjoys being treated like a princess and can be a royal Brat sometimes. She loves to play, but is also an activist, author, community leader, and educator. She has shared her knowledge and experience with groups and at events around the country. 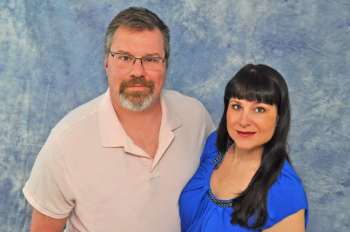